My book challenge last year didn't really go that well in the sense that I didn't read 52 books in 52 weeks, so I stopped reading and had fun doing other things, but I did read more which was the main goal anyway. I read a lot more books than the year before and I felt that I enjoyed reading again which made me happy. I have always been a bit of a bookworm and have always loved getting lost in between the words. My mother and I would usually sit and eat dinner with a book each and I loved doing that, my dad hated me reading at dinner, but I did it anyway.... So here are the books I have read in January and let us hope that perhaps this year I can reach 52 books. 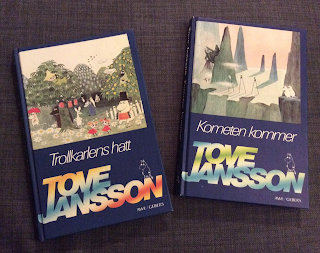 The first two Moomin books in Swedish. I know they are children's books so I count them as one book. But it was challenging at times to read Swedish, but mostly because it is some sort of Finnish-Swedish and kept feeling that it should read dom and not de all the time... I have never read Moomin before but I have seen the show and I could remember parts of the stories while reading. The clouds from the magicians hat was a particular favourite of mine. 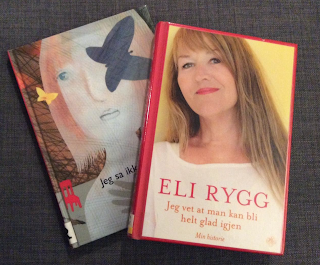 Speaking of childhood, I saw lots of old advent calendar shows before Christmas and this lady was in one of the ones I saw and I found a childrens book she wrote and her autobiography so I borrowed them from the library. I enjoyed both of them although they were hard to read in the sense that the topics were not light and sunny. 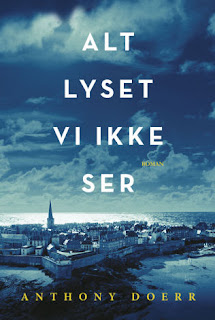 The first book I read in the new year was a Christmas book I received from my aunt. She said it was the best book she read all year. I read it in three days and I liked it. The ending seemed a bit rushed, but the characters were vivid and I liked how the war and misery was felt but not a prominent part of the narrative. I hate books about the war that dwell on all the horror it just makes me feel sick. Another book I got for Christmas was the new Harry Potter book, which is a play...
What I can say about it is that I feel conflicted, on one hand the story is good, but it still felt like a fan fiction more than a J.K Rowling book and it also felt rushed. I would have like them to elaborate a little and give it out as book and not a play... But it was still good and unexpected I think. I read it fast  in one go and I reminisced about how I did that with the original Harry Potter books as soon as they were translated. I wanted to re-read them. So I did. 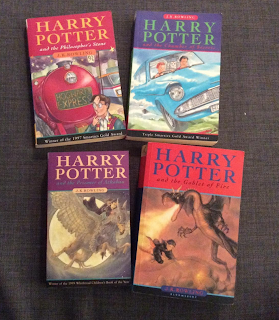 I read the first four Harry Potter books, but I did spend more than one day on the fourth.
They are still exciting and good books, but I do think it was special when we grew up reading them as we aged with the characters and so were not too young when the next books were released... The first book is clearly a childrens book and then it gets more and more dark and suited for an older audience...

Because some books were smaller than others I am counting 8 books read in January. February is shorter so I am sure I will not read that many books then.

Posted by Vilje Vanilje at 04:22 No comments:

Email ThisBlogThis!Share to TwitterShare to FacebookShare to Pinterest
Labels: 52 books in 52 weeks, bookchallenge 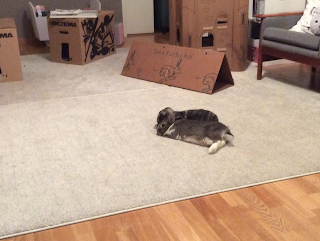 I told you the other day that Mimle almost killed me?

She is usually a sweet little bun, but sometimes I think she likes to be mischievous, and I am positive she did it on purpose and knew what would happen...
Well, anyway I was lying on the sofa, and wanted to have a sip of water, Mimle was on the sofa too, she ran up to me while I was drinking and nudged the glass so that my full mouth became even fuller.
I spluttered and coughed and almost drowned myself and the sofa.
I didn’t feel at all sad that Mimle too got wet. Little stinker. She flicked her feet off the sofa while husband was having a laughing fit… i don’t think I will drink and lie again, not with little miss there anyway, and I had gotten so good and lying and drinking too… 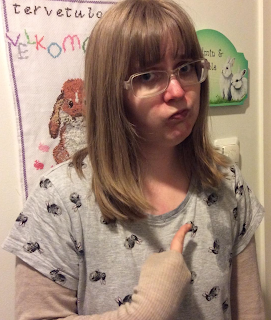 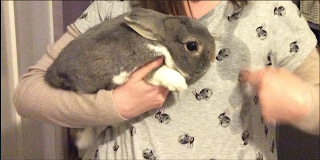 Mimle is not looking apologetic at all.

But it seems we are friends again, however long that will last, she seems to be molting and that usually means she runs when she sees me since I pick her fur and comb her...

Posted by Vilje Vanilje at 04:45 No comments:

Snowflake Table Runner in the Making

I started! I have been moaning about not having time to make myself one of these table runners so I started. I have three more rounds of the first one and there is only two more to go. If I finish once a week in between my more pressing things I might get finished sooner rather than later and in time for next winter, because this winter is surely lacking. Also my bunny tried to kill me yesterday. More on that later, I am off to the library before they close for the month!

Posted by Vilje Vanilje at 03:11 No comments:

Another Friday, another year

Usually January means I show off some gifts made for Christmas and perhaps some of my own presents, but this year I was very late with the presents partly since I was sick and partly because I am me and I don't make anything easy on myself so I kept adding things and making things not on the list... So there are still about five things on my list to make and I need to get cracking so before I can show off what I am making I need to finish the presents and give them away. 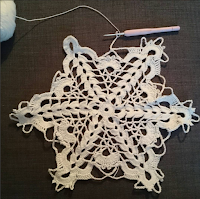 But I did make ten of these little doilies for aunts and mothers, but I still haven't made one for myself...

My mother got three turned into a nice table runner and that is what I am aiming for to make for me. This year as well will be more finishing things and making more things for me, I don't think I finished anything I was making for me last year... Except the sewn skirt my sister-in-law helped me to sew.
So business as usual then. 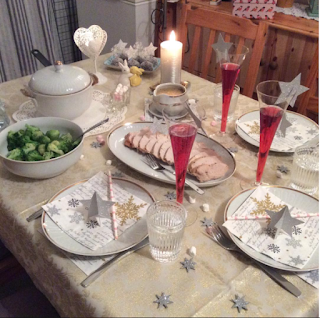 I had parties and were with friends and family as one usually does during the holidays, December is my favourite month of the year, there is so much to do sadly is also the saddest month of all, because your anticipations are never completely fulfilled and I get lonely. But that is also business as usual. 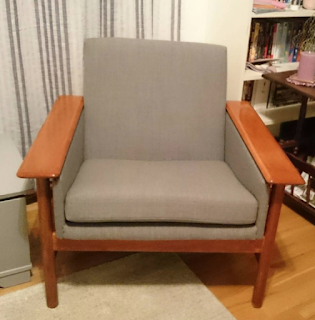 I had my grand father's old chair reupholstered.

I have seen lots of TV, (Gilmore Girls, Enterprise, Full House/Fuller house, all the Advent calendars and most of the Christmas movies, husband agrees next year we start Christmas in November) read some books, more on that at a later time and these little trolls have grown fat, well, the one on the right have. Too much Christmas three I think, but the bunnies are happy and if they are happy I can be happy too. 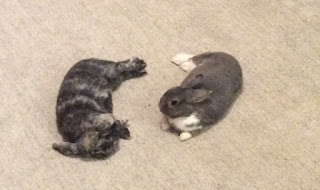 I have some finished I can show though since it is Finished Friday and all. I made my two favourite younger female cousins matching scarfs, my friend *Kio and I designed them and they might be up later at gachastitches. 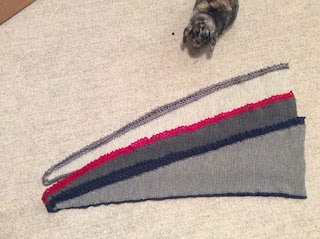 Valmin for comparison,
please ignore the stray poo, he forgot to eat it. 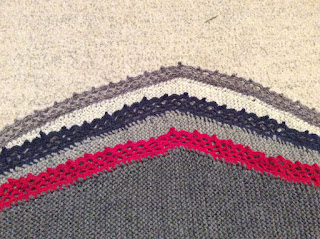 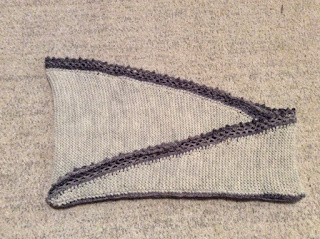 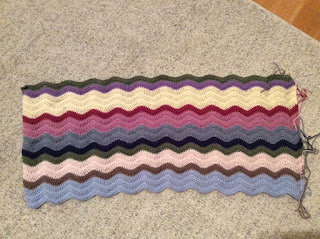 Also another friend is having a baby so I am busy crocheting a baby blanket. Babies can never have too many blankets right?

Posted by Vilje Vanilje at 14:28 No comments: