The WISP SUNDAY That forgot it was Sunday

Yesterday it was saturday and just as I was stitching the red on Catherine Parr's dress I noticed something infuriating. Two of the three colours used looked exactly the same... Namely DMC 304 and 816. And I had no idea which of the colours I was using and generally confused myself. In a bit of a hissy fit I threw my project aside. Convinced DMC was the evil of all evils and had swapped colours on me I turned to the cross-stitching forum for help. Naturally they had all gone to sleep and apparently Australia was having a ball and was not at home to respond. So I went to bed quite irritated because my goal for that day had been to finish the red on her skirt.

So, a new day dawned, quite late I might add because of the previous late night and bunny choosing to honor the sabbath had not woken any of us.
(only day this entire week she has not rattled her cage to wake us and free her).
I got up, ate and somehow kept thinking of nothing but my unfinished skirt (well, Catherine's anyway), I forgot all about sundays and goals and WISPs and went to the forum to see if anybody had heard my desperateness from across the northern sea. They had, and apparently, I was on the right track, the colours were different just not to human eyes. Someone in the DMC department clearly are aliens or angels or something. ( or colourblind).
I rushed to the sofa and started to stitch. I persevered with the two identical colours but still, now that I am finished with the skirt I can not tell them apart. If I get abducted I might ask the aliens if they can. When I had reached my goal feeling so happy and good about myself I remembered what day it was. Bunny had tried to tell me all day long she says as she has only been sleeping in her box keeping the sabbath holy. ( another clue should have been boyfriend going to church, but somehow I never quite put the two of them together). So. 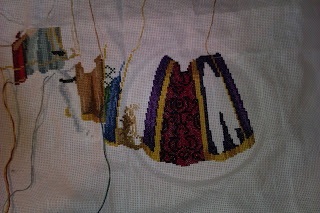 I took out my wisp project, and did the grey on angel number two. Hopefully I will get a little more done today though as this  poor little half angel seem quite sad and lonely, and I really want to start another kit ( another Wisp, that is) But I am being SOOOO good and am sticking to it.
(But I have been looking, then giving in and buying and so therefore have been stashing,  so I have not been perfect, but so far, just stashing not starting). 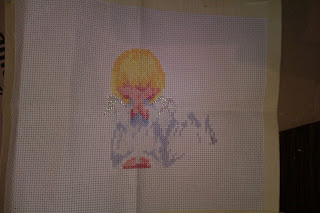 After I have been so good all day and resisted temptation I started to make some pastries thing.
A sort of bun, which since it is Fastelaven (here) today is supposed to be filled with cream and sometimes jelly, but in our house cream is fine. Oh, how we all love our buns and cream. 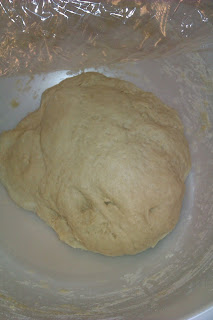 Soon, we will eat a late dinner made of porridge and then we will fill our tummys with all the buns you can eat. This batch will make 20 buns, divided to boyfriend and me, and that is quite a lot of buns. Even I with my dyscalculia can see that. 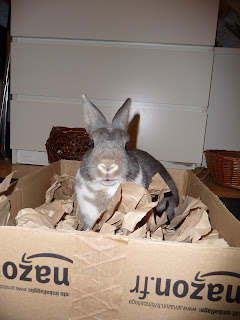 Yesterday was play day and bunny got a toy. Boyfriend got a book for his class and bunny was over the moon. I put treats in the box and she spent a good hour being good and eating. She is under the impression that moving around is for losers and you should only move and do something if there is any good food in it for her. If not, then she gets into mischief and takes all the hay out of her toilet station and throw it everywhere else as shown in this picture. And then, she has the nerve to complain that it is filthy on her bed-thing. #sillybunny 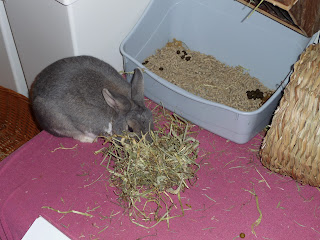 I have now finished Season 4 of Charmed. And thankfully the day when Wyatt is born looms closer and closer. Pipers pregnancy is soo fuun :)
Later I will post a pic of the finished buns, right now, grub is on. Boyfriend has been diligent and sweet and made for us.

/Edit/: Here are the buns. I cheated a little and used prefabricated dough and cream, still tasted good. :) 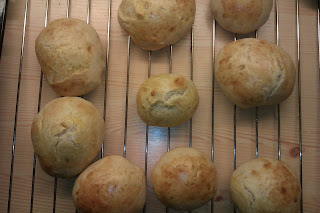 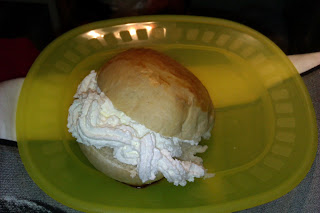